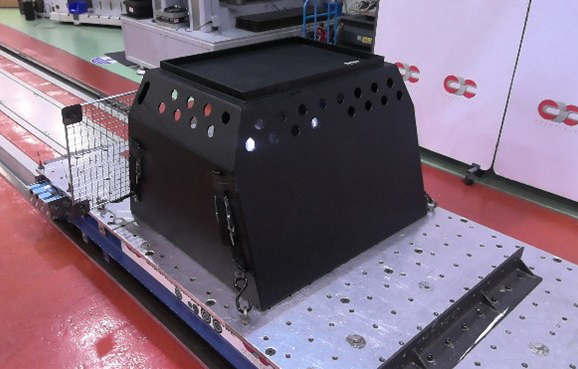 Plastic Promotions, from Northern Ireland, contacted Cranfield Impact Centre (CIC) to perform some crash tests with a series of their DT Dog Crates.  Their aim was that they wanted to show that the dog crates could keep dogs contained during a 10g crash test.

They performed well, keeping their integrity, and preventing the dog ballast from being ejected during the crash tests. (Obviously no real dogs were used in the trial). The straps restraining the dog crates also performed well with no damage observed.