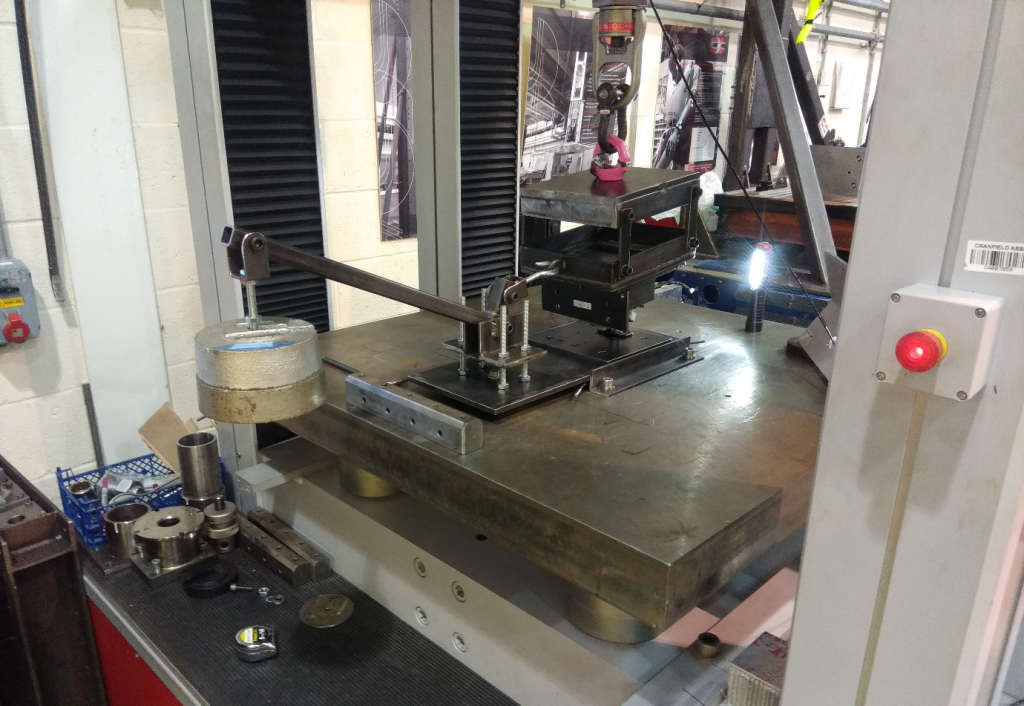 CIC recently conducted a series of tests according to ECE Reg 11, door latches and door retention components. The test apparatus was built in house and incorporated into CIC’s existing Testometric machine. The feed rate of the load was accurately applied and did not exceed 5mm/min and the apparatus allowed for swift changeover between items. The three directions of load could be applied to a wide range of components, including the two directional, fully latched position test.